After entering the tram, the bus or the trolley, you are expected to punch your ticket immediately!

If you are thinking of going for the seats first – well, forget about it! That can be done only by experienced middle-aged ladies who know how to fight for a seat! When they have won the battle for it and left their bags there, they would push their way to the punching machine (possibly getting into a quick fight or two with another passenger), then again push their way back to the seat they “reserved” for themselves, TO SIT there happily ever after (with a punched ticket in hand). So don’t do that if you are just an amateur! You need experience, my dear!

Here’s what is required to be eligible for the status of “middle-aged lady on the bus”:

There is so much more to it, but let’s leave it here. If you need more tips, just message us! As for now, all you need to remember is – punch your ticket first!

We are not Russians

We don’t speak Russian, we speak Bulgarian. We don’t use the “Russian alphabet”, we use the Cyrillic alphabet, which was developed by the monks Cyril and Methodius in the 9th century AD at the Preslav Literary School in the First Bulgarian Empire. It’s actually the Russian alphabet that uses letters from the Cyrillic script. Again – the Cyrrillic script, that was developed in the First Bulgarian Empire! You might want to remember this one.

Shake for yes and nod for no

We are one of the few countries in the world where people shake their heads to mean yes and nod for no! But that’s crazy?! Yes, indeed it is. Plus, it is also very funny.

A: Nothing. Let’s leave it here. We’re fine?

That’s just one example. There are far more trickier conversations you can get into. It’s quite confusing, but we highly recommend you to experience the feeling of being completely lost in a “yes-no” conversation with a Bulgarian. It’s once-in-a-lifetime kind of experience!

Some of you may be familiar with boza, but there are also those of you who may never hear of it, not unless they visit Bulgaria.

Boza is a popular fermented beverage on the Balkans. In Bulgaria it is usually produced of wheat or millet. The capital of the boza is the city Radomir. Remember that fact to impress the ladies! Just joking, don’t. 😀  Still, the boza from Radomir is believed to be one of the best! In the center of the city they even have a monument of the boza! So these guys ain’t joking, I’m telling you…

Bulgarians mostly like to drink boza when eating banitsa for breakfast. Of course you can also drink it during any other time of the day if you are fan of it.

The tricky part about boza is that it is really hard to describe its flavour. Here is a challenge for you!

Buy one boza, drink it and try to describe its taste with one word. “Awful” and “awesome” don’t count.

Is it prom day every day?

No, it’s not! Bulgarian women just like to wear fancy clothes, that’s it! For instance, they tend to wear high heels on a daily basis which can be quite impressive for the hipsters of Berlin. It doesn’t matter if it’s Monday or Saturday; if you are going out, or on your way to work; if you feel comfortable or not (!). High heels are a must!

We even have a saying: “Die freezing, but die awesome.” (It’s hard to translate: “От студ умри, гъзар бъди!” 😀 ). There’s no such thing like “it’s too cold to be pretty”.

We also tend to dress a lot in dark colors and more specifically in black. My guess would be it has something to do with style…

Go easy on the booze

You have to be careful with the homemade wine and rakia! Don’t try being all hardocre – “I know how to drink. I can drink 5 beers and nothing happens to me, bla bla…”. Our homemade drinks can be really strong! We also like to say “cheers” A LOT, which means every time we say the magic word (approximately every 5 to 10 minutes), you have to pick up your glass and drink!

So, know your limits because foreigners tend to puke all over our top party destination for the Summer – Sunny Beach. And if right now you are thinking – “Yeah, as if you Bulgarians don’t puke all over it as well!”. I have to stop you right here and say – we don’t. We are… let’s say experienced drinkers ( 😀 ) and we know how to hold our liquor (our homemade rakia). We make it after all, it would be a shame if we can’t hold it, don’t ya think? What a disgrace to the family… God, no!

Alcohol in Bulgaria is much cheaper than many countries, but this doesn’t mean you have to try and drink as much as possible. Our advice is –  Mate, take it easy on the booze!

He-he! That’s a hard one to explain to those who have never heard of Azis. You may be surprised to learn that he is actually worldwide famous! While I was in the States a few years ago, we were talking with some American friends about traditional Bulgarian music. Then one of them just went to his car and said – “You know this guy?” And played a song by Azis. He left me speechless…

For those of you who are not familiar with Azis, he is a Bulgarian chalga singer of gypsy origin. He is known for his unusual gender expression and his flamboyant persona. His songs are quite provocative, as are his videos. I have had more than one foreign friend ask me about him and his looks. I have nothing to say to you. You explain! *pointing at someone else* 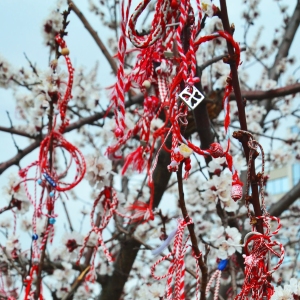 “Martenitsas”? What? If you see something red or white hanging on a tree, that’s Martenitsa! IT’S NOT TRASH! Coooome on!

On the 1st of March Bulgarian people celebrate a traditional holiday called Baba Marta (or Grandma Marta in English) and it is related to welcoming the approaching Spring. On that day we exchange martenitsas, which are small pieces of adornment made of white and red yarn usually in the form of two dolls, a male and a female one.

When someone gives you a martenitsa you should wear it until you see a stork. After that you can tie it on a blossoming tree. It’s a tradition “for fertility”. Martenitsas usually stay on trees throughout the whole year, raising questions among the foreign travelers. So, now you know, these are just martenitsas. NO TRASH!

That’s an interesting one. Well, first of all – we are not gypsies. Gypsies are just one of the ethnic groups that live in Bulgaria. Bulgarians are the main one, comprising 85% of the population. Turkish and Roma (gypsy) minorities comprise 8.8 and 4.9 per cent, respectively. And there are also some other small minorities.

Back to the gypsies! We usually refer to them as “tsigani” (цигани) and we tend not to like them (being completely honest), but we still manage to live together with them. A common misconception is that all gypsies abroad come from Bulgaria. Well, they don’t! There are also Roma minorities in Romania, Serbia and so on.

Another thing you might want to know is that “Gypsy Summer” has nothing to do with gypsies! In Bulgaria that’s how we call it when the Summer continues throughout September (and possibly October). It’s sort of our fifth season and everybody loves it.

Yes, yes, yes. We are often asked how can we be so intelligent and beautiful at the same time… but I honestly don’t know what to tell you! It’s just the way we are! We are awesome!

Another great read (yes, we compliment our own articles… we have to keep our spirits up), so another GREAT read we recommend you to read is: Things that piss Bulgarians off

Take a hint here… don’t piss us off 😀

Happy travels in Bulgaria and in the rest of the world! If you enjoyed reading, like us on Facebook, cus’ we want to win the bet we have made…  with ourselves. 😀 Here: 99 lives 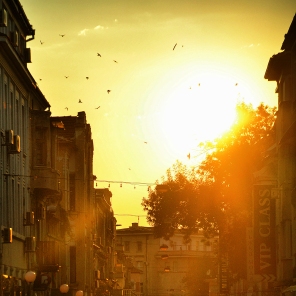 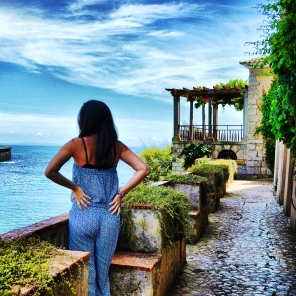 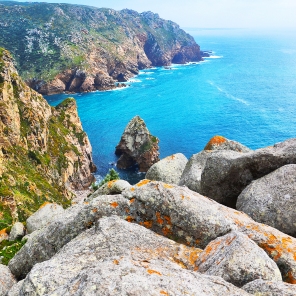 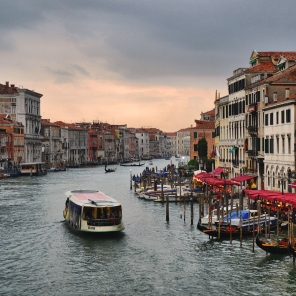 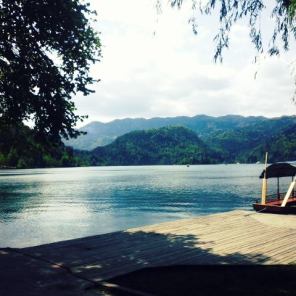 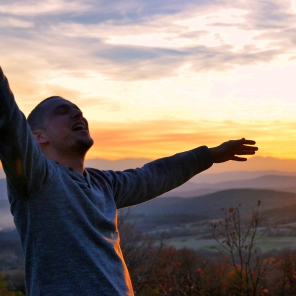 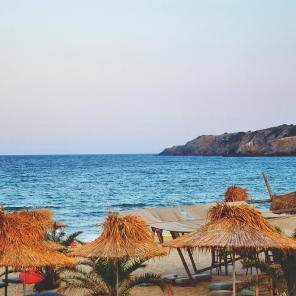 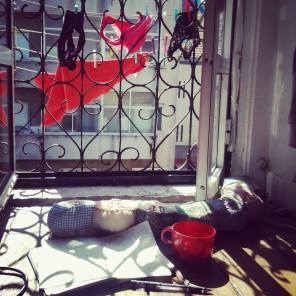 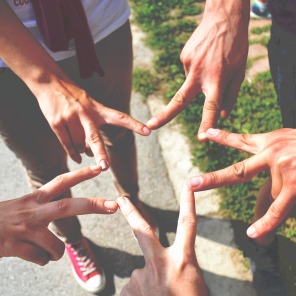 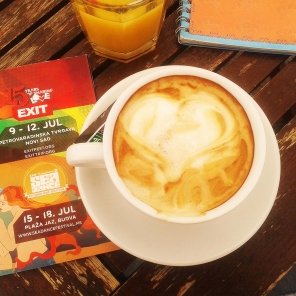 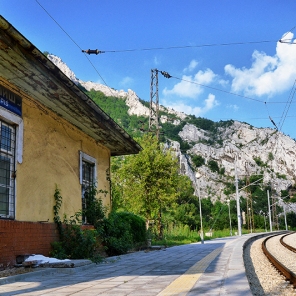 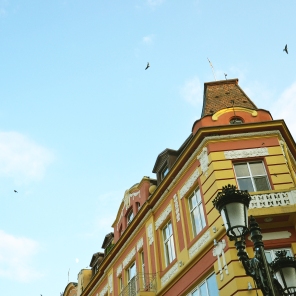 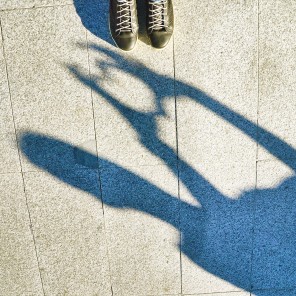 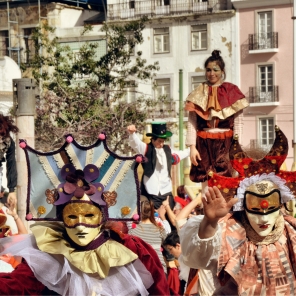 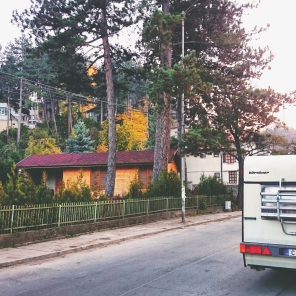